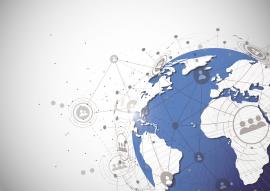 The survey was conducted from February 2019 to March 2019. More than 100 European scientists working for research institutions in China participated in the first part of the survey. The results have been analysed and published in the report ‘European researchers’ mobility in China: Challenges and opportunities’

These results were used as a framework for the workshop discussions during the Forum on the Mobility of European Researchers in China held at the EU Delegation in Beijing in September 2019. Moreover, they served as input for the European side in formulating the framework conditions for the first Europe-China Joint R&D Roadmap.

The participants were mostly academics who have worked in China for a longer period of time, with more than half of them having been in the country for over five years (Q16), mostly in a research role (Q19) with a tendency more towards senior positions (Q21). To a large extent, the academics are not only experienced researchers in terms of their qualifications, but also with regard to their working experience in China (Q17). Some 40% of the participants are professors at Chinese institutions, over 10% have a record of more than ten years’ experience at Chinese universities (Q2,16,17).

Half of the scientists belongs to the field of natural sciences or engineering, while the other 50% is working in the social sciences and humanities (Q20). Despite their senior roles, these researchers most frequently entered China as early career researchers: 70% of the academics came to China as a post-doc or at an earlier stage (Q23).

The researchers were contacted to join the survey via the EURAXESS network and other European research groups in China. These networks are open to academics of all career stages and for all fields of research, therefore the sample might provide some general idea of the constellation of European researchers in China.

However, researchers who have worked at Chinese institutions for a shorter time are relatively underrepresented. That is probably because a smaller percentage of them might know about EURAXESS or other researcher networks.

Judgement of the state of internationalisation

Nearly half (47%) of the participants evaluate their current university’s support for international activities as above average (Q54) and 59% of them say that Chinese universities have a very or relatively good ability to adapt to international research trends (Q62). Most of them describe their work in China as mainly research focused (Q19). That goes along with the fact that they consider research as highly influential in regard to internationalisation (Q32). Still, two thirds perceive their institution’s internationalisation to be moderate or less (Q28).

A vast majority also says that international experience is considered as very important at their university (Q47). The highest level of internationalisation was associated with publications and research (Q32). The majority of respondents say that the requirement to publish in international journals is a significant factor when it comes to research quality (Q35). An overwhelming majority (97%) of the respondents have published in English, while 11% have experience with publishing in Chinese.

Academic autonomy and freedom to operate

Generally speaking, a large majority of European researchers feels quite free to decide over their research topics in China (Q57), although the lack of freedom of research was still ranked as an essential limitation factor (Q33).

The degree of academic freedom differs both with regard to different subjects and various fields of research. Whereas natural scientists and engineers perceive there is higher academic freedom, and in some cases have more freedom to operate than in Europe, researchers in the social sciences and humanities perceive more constraints (Q59, 60. specially filtered).

Moreover, self-censorship can be a problem for academics in China. Some 28% of the participants say they never self-censored their research topics, while 47% state they do so occasionally or frequently (Q58).

The survey participants also face high pressure to align their research with the university or government programmes; half of them saying that the pressure is higher in China, with only a third saying there is little difference (Q59).

In general, European researchers in China consider the interaction and cooperation with their Chinese colleagues as mostly positive and inspiring (Q41). On the other hand, they perceived their work responsibilities as quite different from their Chinese counterparts (Q38).

A majority (70%) also say that foreign academics make important and distinctive contributions by way of their work at Chinese institutions. (Q37)

Whereas collaboration and interaction are seen as positive overall, they don’t consider themselves integrated very well in the Chinese working environment. (Q42) That probably goes along with the result that only 11% of respondents deemed the information available to them on research funding to be better than sufficient (Q44).

Evaluations about the development and internationalisation of Chinese universities

A strong majority of the academics agree that Chinese universities have developed substantially within the past decade (Q25). The increased policy support and government funds are considered as the strongest factor in this regard, but also foreign research experience is considered important (Q27).

Furthermore, an overwhelming majority of the survey participants agree that Chinese universities, all in all, increased their international importance within the past decade (Q26). They mostly assess the level of internationalisation of their institution as moderate, though.

When it comes to working, teaching and research conditions at Chinese institutions, around 80% of the survey participants evaluate them as at least acceptable or better (Q51, 52).

Obstacles to international attractiveness also with regard to keeping scientific talent

However, for the vast majority of participants working at a Chinese university is not the preferred choice in comparison with working at European institutions. Most of the researchers are clearly willing to return to Europe in the future (Q48, 49).

Here, language and culture issues, together with management mechanisms within higher education institutions, are regarded as major obstacles to European researcher engagement in China (Q9).

For the smaller group of social scientists and academics in the field of arts and humanities, language and culture issues only counted as a minor constraint to internationalisation compared to higher education policy (Q29, specially filtered).

A great many researchers also see visa applications and immigration bureaucracy as a major obstacle to mobility. While only 10% say it has become easier to get a visa for China, most of the participants considered it more difficult than before (Q56).

Other major limitations regarding the attraction of more European researchers to China include the lack of awareness and access to funding opportunities and resources.

Furthermore, the possibility to always write research proposals in English and a more comprehensive integration into the Chinese scientific community are considered as crucial factors for attracting talented scientists to China.

Internationalisation and aspects of quality and competitiveness

Regarding the relationship between internationalisation and scientific quality, the survey results contain some interesting findings as well.

In line with the perceived academic freedoms, there are some researchers in natural sciences who consider their subjects close or already at an internationally recognised ‘top position’ (Q65).

The majority of social scientists and humanities respondents, however, does not share this view regarding their subject in China (Q65, specially filtered).

Indeed, the majority of scientists consider the level of internationalisation as closely interconnected with the quality and international competitiveness of their subjects (Q67).

A high level of internationalisation could therefore be regarded as an important basis and prerequisite for strengthening scientific quality and international competitiveness.